Sloths are unique creatures! They are slow, deliberate, and seem to enjoy taking their time with everything they do. In some ways, they are the epitome of relaxation. But in other ways, they are the perfect example of efficiency.

And that's exactly what are we as programmers trying to achieve, right? We want to work efficiently. And at the same time, have a good time while doing it.

This idea got me thinking, could we actually learn something from these magnificent creatures? Or even better, can we become better programmers by learning from sloths?

Well, you're about to find out.

Sloths are known for being lazy animals. They spend most of their time hanging from trees, sleeping and eating. But what people don't know about sloths is that they are actually very good thinkers, and they're good at problem-solving.

Sloths have been known to figure out how to get out of tricky situations. They do that by remaining calm and patient under any kind of stressful situation. They are also good at planning ahead, due to their observation skills.

Seems like programmers and sloths have much more in common than it may seem at first.

Are Programmers Similar to Sloths?

Just like programmers, sloths are very good at problem-solving. They are able to find the most efficient way to do things and they are always looking for ways to improve them.

Photo by Javier Mazzeo on Unsplash

For sloths, their slower pace is an adaptation that has helped them survive in the wild. And for programmers, taking the time to understand a problem and code it slowly and accurately can save hours of debugging later on.

The Similarities Don’t End There

Programmers and sloths both know the value of taking things slow. They know that rushing never gets you far. And they also know that taking your time can often lead to a more successful outcome.

Both programmers and sloths are creatures of habit. Once they find a comfortable spot, they tend to stay there for a while. And it's all to achieve consistency. Consistency is the key. They know that if they stay on the same path, they will eventually achieve their goals.

They are very good at staying calm under pressure. They never crack under pressure and they are always able to keep their cool. This is one of the reasons why programmers should learn from sloths.

Sloths are also great at working independently. They're not afraid to climb down the tree and take a huge long walk to the nearest toilet. And they don't need anyone to go with them. The same should apply to developers. We shouldn't be scared to tackle a problem on our own. Instead of always reaching out for help, we should study, analyze, and observe the problem. And after that, come up with a smart solution. 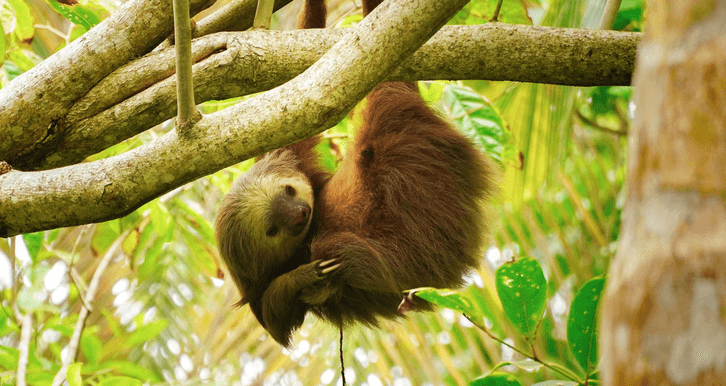 Photo by Adrián Valverde on Unsplash

It's getting pretty obvious. Sloths and programmers have a lot of things in common. And they're both effective workers. The next time you see a sloth or a programmer, don't be quick to judge. They may just be the perfect example of working smarter, not harder.

Can We Learn Something From Sloths?

In today's rushed world, that is a very rare thing!

But what if we took a page from the sloth's book? What if we slowed down and took our time with things? Of course, we don't have to become sloths. But there is something to be said for savoring the moment and enjoying the process, instead of rushing through life.

The next time you find yourself rushing through life, stop for a moment and take a deep breath. Enjoy the good weather out there, smell the freshly brewed coffee, or even better, try to notice what's happening around you.